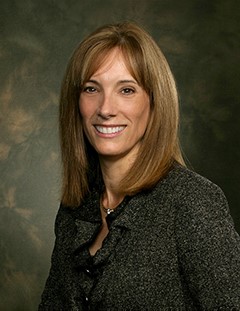 Elizabeth Sembler was reappointed to the CPB Board of Directors by President Joseph Biden and confirmed by the Senate in February 2022. She was previously appointed by Presidents Barack Obama and George W. Bush. She served as board chair from 2014 to 2016 and vice chair from 2012 to 2014.

Ms. Sembler is a retired educator, school administrator, and Jewish communal professional. She previously served as the director of engagement at Congregation B’nai Israel in St. Petersburg, Florida.

She began her career as a staff writer for the St. Petersburg Times (now the Tampa Bay Times) after earning her bachelor's degree in newspaper journalism and political science from Syracuse University. She later earned a master's degree in English from the University of South Florida.

Ms. Sembler lives in Seminole, Florida, with her husband, Greg. They are the parents of four adult children.