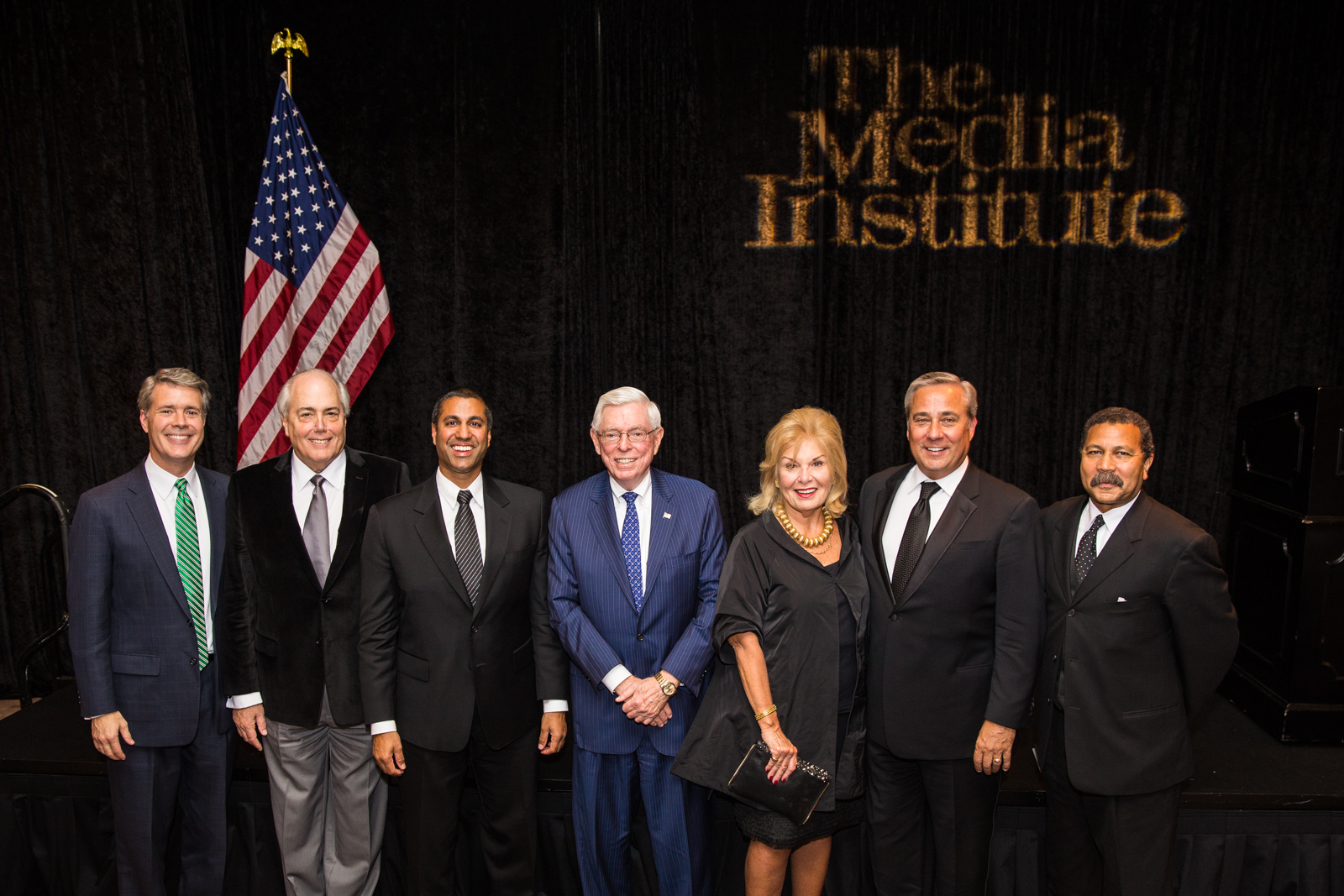 Thank you, Chairman Wiley, Patrick Maines and the Media Institute. I am so pleased to be here with all of you this evening. And I want to add my congratulations to the honorees, FCC Commissioner Agit Pai and Nextstar CEO Perry Sook.

As I look around this room I am reminded that Media Institute members and guests represent a very successful and educated group of men and women. In fact, some might suggest that you are the ultimate elite public media donor group. So perhaps I should mention, just mention, that for only a small pledge, I’ll make sure you have a PBS mug or NPR tote bag, or – for a significant donation – a Downton Abbey paperweight. Never mind.

The reality is, everything about the statement I just made is so wrong. (Except the parts about the mug, tote bag and paperweight.)

Public media is far from elite. We are local, grass-roots, urban and rural. In fact, we reach over 95 percent of all American homes, providing content free of charge and commercial free, engaging an audience that is diverse in every way, many of whom depend on over-the-air broadcast television. They also depend on us to provide high quality, trusted content that really does educate, inform, inspire and entertain in ways that benefit, not diminish, our civil society.

So when Patrick Maines invited me to speak tonight, I thought the timing was perfect. Here we are at an interesting place, all of us on the edge, or some might say the ledge, of the presidential election with one last, we pray, presidential debate to go. Who said appointment television is dead?

So – to fortify you before the debate, I thought I would say a few words about public media and our essential role to our civil society. Because we are working hard – but apparently not hard enough – to put the civil back into our society.

In 1982, John Nesbitt, author of Megatrends, was prescient when he said, “We are drowning in information but starved for knowledge.” Today, he might revise that to observe we are now also starved for real, fact-based information. But in this disruptive and fragmented media environment, public media’s commitment to serving as a trusted source of fact based information – providing more than a sound bite when it comes to news, as well as a safe, civil place in which to discuss and debate – seems more important than ever.

In fact, a little over a week ago, Senator John McCain and his opponent, Congresswoman Anne Kirkpatrick, chose to appear on Arizona PBS for their one and only debate. Why you might ask? Well I think they both wanted to ensure they would be debating in a no-hitting, no-spitting, no-stalking or lurking zone, with a moderator interested in just one thing: Getting the candidates to provide facts so voters could make an informed, educated decision. What a concept!

The Corporation for Public Broadcasting, CPB, is the steward of the federal appropriation. And the Public Broadcasting Act directs us to use these monies to fund television, radio and online content and services that are of benefit to the American people. Our mission directs us to tell America’s constantly evolving story, utilizing diverse voices and talents, and to fund lifelong learning for our youngest and oldest citizens, and to invest in trusted journalism, locally, nationally and internationally.

CPB recently awarded a $400,000 grant to NPR to fund international digital video reporting, to honor the work of NPR photojournalist David Gilkey and journalist interpreter Zabihullah Tamanna, who both were attacked and killed while covering the war in Afghanistan. It is no secret that increasingly, journalists are at risk even outside of war zones, and it takes great courage to be this kind of committed reporter.

Supporting public media’s work as a trusted source of news, through programs such as Frontline, supporting the first amendment, is central to supporting a healthy civil society. We also tell America’s story through the films of Ken Burns, Stanley Nelson and Dr. Henry Louis Gates, and fund cultural programs such as In Performance at the White House that celebrate America’s performing arts.

We are mission central. But as Downton Abbey’s dowager countess, so brilliantly played by Maggie Smith, said: “Principles are like prayers; noble, of course, but awkward at a party.” Public media’s challenge is to disrupt the party; to push through the social media noise, and those ubiquitous cat videos, and connect with content of consequence, via multiple platforms, to new, more diverse generations, who may not care about our mission, who may take the first amendment for granted, or perhaps not even think much about what a civil society needs in order to thrive.

As you know, Downton Abbey was a huge public media success – people watching every Sunday night and commenting on social media. Probably because we all saw ourselves living upstairs, when in reality most of us would have been downstairs cooking and cleaning. Its production values were high, and the story was compelling to audiences of all ages who cared deeply about the characters, perhaps yearning for what they perceived was a more civil age.

But in this age, the democratization of technology enabled Downton Abbey fans to express their caring and also their concerns in real time and in significant numbers. When the creator of Downton Abbey, Julian Fellows, began killing off favorite characters in rapid succession, viewers were upset! They complained to CPB, directing us to bring Lady Sybil or Matthew Crawley back from the dead.

In our response, we said that CPB’s mission requires us to honor a firewall of independence for content providers, filmmakers and journalists, so that we can afford maximum protection from extraneous interference and control — which means, while we provide funding, we do not insert ourselves into the editorial space.

However, to be honest, at a certain point I was reduced to saying: these are fictional characters who are not really dead because they never were alive. Really, never alive.

Of course, the firewall comes into play on more serious and first amendment issues, which is why we continue to invest in editorial integrity and transparency, why we fund nuanced, balanced, evidence-based reporting and analysis, presenting a common set of facts so we can serve the common good for our democracy. But to continue to deliver content that matters, CPB and public media must address some serious challenges, beginning with the uncertainty of funding and the impact of the FCC’s auction of broadcast spectrum and subsequent repacking.

But basically, we work for the American people, who own public media for approximately $1.35 per taxpayer. And the federal appropriation was never designed to fully fund public broadcasting; instead, it serves as the foundational funding of a great public-private partnership.

Through our content and engagement, we seek to affirm and activate the American DNA of volunteerism, to support and encourage the free movement of ideas, to spur curiosity and thoughtfulness – treating our audience as citizens and not just consumers.

Although many have observed that the future is already here, we may want to refer to the past and consider the words of James Madison, who said: “Knowledge will forever govern ignorance, and a people who mean to be their own governors must arm themselves with the power which knowledge gives.”

I am very happy to be in the citizen-building and knowledge business and so appreciate the important work you all do promoting knowledge and vigilance on behalf of the First Amendment.

Thank you for inviting me to share your evening.