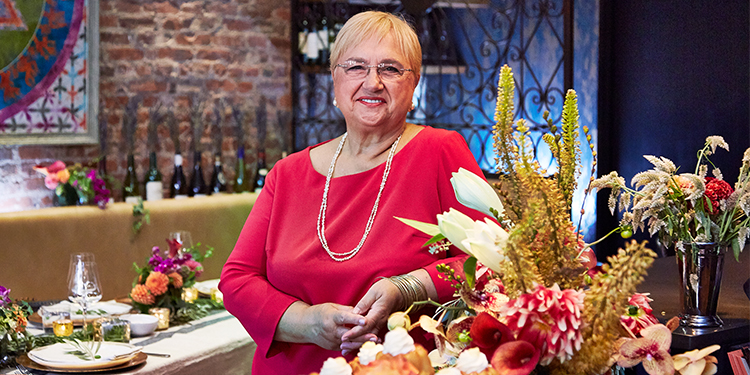 As Americans close out a challenging year,  public television chef Lidia Bastianich travels the country to find inspirational stories of resilience and service. “Lidia Celebrates America: Overcoming the Odds,” airs December 14 at 8 p.m. ET/PT on PBS (check local listings) and will be available on PBS.org and the PBS Video app.

“These overcomers understand better than most that all of our futures are interconnected,” said Bastianich, who has been hosting “Lidia Celebrates America” specials on PBS since 2011. “Now more than ever, we need each other to survive and thrive. It was a special gift to me to be able to thank them all for their incredible resilience and their service to their communities.”

Lidia Bastianich celebrates the resilience of those who've overcome loss

In the one-hour special, produced by GBH and supported by the Corporation for Public Broadcasting, Bastianich visits, either in person or virtually:

For the finale, Lidia takes over Yannick Benjamin’s restaurant Contento to prepare dishes in honor of her featured guests, including chopped salad with frisee and fennel inspired by Harlem Grown, baked rigatoni and zucchini inspired by Jarrett Adams.

“‘Lidia Celebrates America’ is all about how food bonds us and helps to build community,” says Laurie Donnelly, GBH Executive Producer. “In ‘Overcoming the Odds,’ Lidia crisscrosses the country meeting Americans from all walks of life who embody what it means to truly triumph over adversity. In these challenging times, their stories can inspire us all.”