A Q&A With ‘The American Diplomat’ Filmmaker Leola Calzolai-Stewart 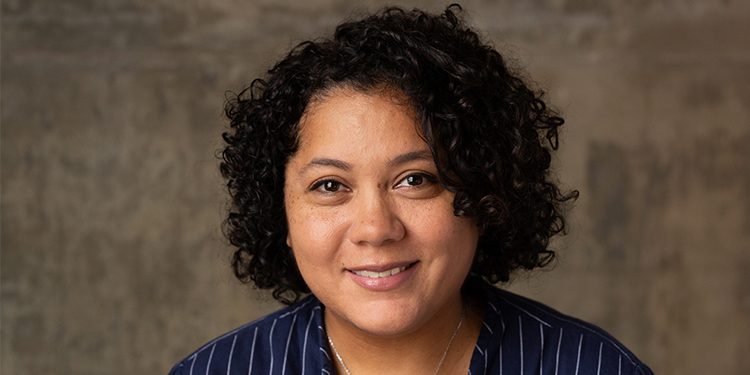 Born and raised in San Francisco, Calzolai-Stewart earned a bachelor’s degree in International Relations from the University of California-Davis, a master’s degree in International Affairs from the Fletcher School at Tufts University, and studied film in South Africa at the Tshwane University of Technology. After working as a film editor, she was named one of Firelight Media’s Documentary Lab Fellows in 2019, and The American Diplomat was selected for Black Public Media’s 360 Incubator+ program the same year. CPB recently caught up with Calzolai-Stewart, one of three co-founders of the Virginia-based production company FLOWSTATE Films, to discuss the film and her work in public media.

Q: “The American Diplomat” is described as telling the untold story of three African-American diplomats. How did you come across their stories, and why did you decide to put them together for this documentary? What did you find most compelling about their individual stories?

As a Black woman filmmaker and the spouse of a Black diplomat, I have a unique connection to this subject matter. I first heard stories about early Black diplomats from the 1950s and ‘60s from my husband. He always thought they were interesting, important, and largely untold, and he worried the stories and their details would pass away when the diplomats did.

When he read the book Black Diplomacy: African Americans and the State Department by Michael Krenn, which looked at the history of Black diplomats in the State Department, he suggested I read it, too. It was a jumping off point to learn more about the individual stories of these diplomats and the times in which they represented the U.S. overseas. These stories are fascinating, and I was compelled to dig deeper into a rich array of sources to tell this little-known history in a film. When I brought the idea to my filmmaking partners - Kiley Kraskouskas and Rachell Shapiro – they were immediately interested, too. That was seven years ago, and we’ve been working on this film ever since.

Q: What do you want audiences to take away from this film?

I wanted to make this film to create a visual testimony to the Black experience in American diplomacy, which few have considered or seen on film. I think it’s important that these diplomats, their stories, and their contributions to this country be more widely known and honored.

They were some of the first Black diplomats to break down barriers in American diplomacy, so our film also explores the successes and the challenges of being “the first,” and of being a person of color fighting against the structural inequalities embedded in our institutions. I hope that by exploring this issue, viewers will consider why representation continues to matter in the world of diplomacy.

Q: One of the key audiences for this film is high school and college students. Why is that meaningful to you?

We certainly hope this film inspires young people of color, who never saw themselves in a Foreign Service career, to realize there is a pathway to get there and a place for them to do this vital work. We hope that through this film our student audience will realize that careers representing the U.S. aren’t out of reach or only for a privileged few.

Q: The documentary was one of 10 films selected for funding by Black Public Media’s 360+ Incubator, and you also were named a Firelight Media Documentary Lab Fellow – both programs funded by CPB. How did they help you as a filmmaker? And how did they shape the film?

This movie is coming to fruition because we ultimately found our way to many key stewards who believed in this project.

We had the idea for this film seven years ago, but it was a long road to get it made. We secured early support for production and scripting from the Virginia Foundation for the Humanities and the National Endowment of the Humanities (NEH). As we continued to pitch to broadcasters and other funders over the next several years to close our budget gap, we eventually found incredible support from both Firelight Media’s Documentary Lab and Black Public Media’s 360 Incubator+ program. They really did open doors for me that - until I found them - seemed very much closed. Both groups were critical in the development of the film, and I am incredibly appreciative to them both for that. We need more diverse voices in filmmaking and these two organizations are committed to helping make that happen not just for me – but for many other BIPOC filmmakers too.

Q: Why is public media a good venue for this film?

Public media, and American Experience in particular, not only have an incredible history and track record of sharing award-winning, eye-opening, and extraordinary historical documentaries, but they like to tell stories that aren’t super well-known. That’s exciting as a filmmaker, to be given the opportunity to bring new stories to a platform with this kind of rich history and then to be given the opportunity to share them with such dedicated viewers and supporters.

Q: What has been your experience making your first film for American Experience, PBS’ marquee history series?

My partners and co-producers at FLOWSTATE Films and I are forever grateful to Cameo George, the Executive Producer at American Experience. She was intentionally looking for new, diverse filmmakers and that led her to us and our film. She has been incredible to work with and we are so grateful that she gave us and our film a chance. It felt like a true collaboration with the American Experience team, which made the process that much more fulfilling.

On top of that, it's been particularly empowering working with an all-female directing, producing, and editing team on this project. It really has been a dream come true.

The Kennedy Library and GBH will hold a virtual preview and discussion of “The American Diplomat” at 6 pm ET February 10 with Calzolai-Stewart  retired Ambassador Aurelia Brazeal, and Duke professor of history Adriane Lentz-Smith. The discussion is moderated by American Experience Executive Producer Cameo George, with opening remarks by Patricia Harrison, president and CEO of the Corporation for Public Broadcasting. The event is free, but advance registration is required and space is limited.