WASHINGTON, D.C. (June 22, 2020) -- The Corporation for Public Broadcasting (CPB) has named Jacquie Gales Webb as Vice President, Radio, effective immediately. She is responsible for developing and implementing strategies to strengthen the ability of public radio stations to create high-quality, multiplatform content and to grow their audiences. 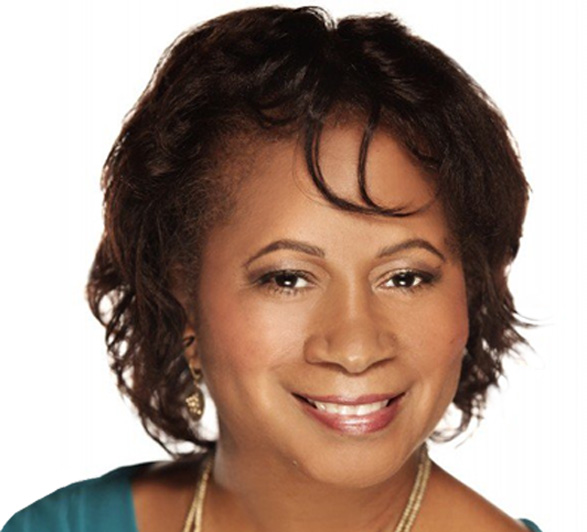 “Jacquie has been instrumental in CPB’s work developing and implementing policies that support and strengthen local public radio stations and programming,” said CPB Executive Vice President and Chief Operating Officer Michael Levy. “Her experience as an award-winning producer, together with her years at CPB, will be an asset as we evaluate strategic efforts to strengthen public media’s role in building a civil society and reaching underserved audiences.”

Gales Webb, most recently a CPB director of content, joined the CPB Radio department in 2005 as a project manager. Since then, she has managed grants that have touched the lives of many Americans, including StoryCorps’ Mobile Booth and One Small Step projects, WGBH’s WORLD Channel, the Urban Alternative music format, radio station engagement around Ken Burns’ PBS docuseries “Country Music” and NPR’s international coverage. She has been integral to the development of projects to help minority and rural stations increase content production, community engagement and revenue capacity.  She helped shape the Texas Station Collaborative, which is now the NPR Texas Hub, and managed several other journalism collaborations.

Prior to her work at CPB, Gales Webb was a producer in radio and TV, winning six local Emmy Awards, a Peabody Award, a DuPont Silver Baton, and a Gracie Award. She serves on the advisory boards of both the Kennedy Center and the Smithsonian Center for Folklife and Cultural Heritage. She also has been the host of a gospel music show on WHUR for nearly 30 years. She is recognized as a national authority on gospel music, and the National Convention of Gospel Choirs and Choruses presented Jacquie with a Lifetime Achievement Award in 2012 for continuous service and support of gospel music.

About CPB
The Corporation for Public Broadcasting, a private, nonprofit corporation created by Congress in 1967, is the steward of the federal government’s investment in public broadcasting. It helps support the operations of more than 1,500 locally owned and operated public television and radio stations nationwide. CPB is also the largest single source of funding for research, technology and program development for public radio, television and related online services. For more information, visit cpb.org, follow us on Twitter @CPBmedia, Facebook and LinkedIn and subscribe for email updates.