WASHINGTON, D.C. (October 22, 2021) -- The Corporation for Public Broadcasting (CPB) has named Dr. Stephen Wilkins as Senior Vice President of Human Resources and Diversity, Equity, and Inclusion (DEI), effective December 6. In this new position, he will be responsible for the development and implementation of a human resources strategy that builds on CPB’s commitment to diversity and inclusion. Dr. Wilkins will report directly to Patricia Harrison, president and CEO of CPB, and will work closely with his peers in the public media community. 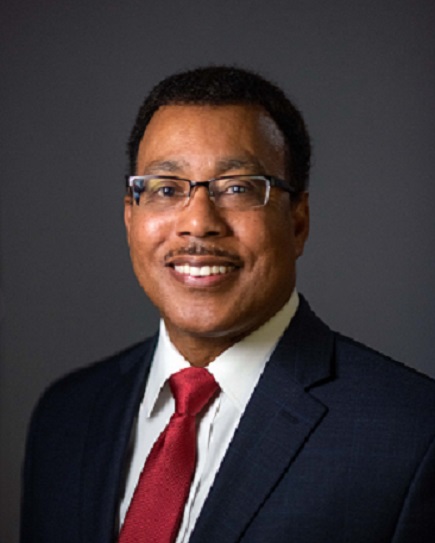 “Stephen’s long experience in human resources and diversity issues, as well as his experience in the public education sector and military service, make him a great asset to CPB,” Harrison said. “He brings the organizational leadership, academic training, and operational skills that will enable him to work with leaders and staff across the organization to advance a culture grounded in CPB’s commitment to collaboration, teamwork and DEI.”

For the past several years, Dr. Wilkins served as Chief Human Resources Officer and later as Chief of Staff at Alexandria City Public Schools in Alexandria, Va. During the pandemic, he served on the senior leadership team that restructured the organization, recruited diverse leaders for schools and departments, and developed the division's five-year strategic plan focused on equity and inclusion.

At CPB, Dr. Wilkins will develop, implement, and advance DEI efforts, ensuring that the values of diversity and inclusion are embedded across the entire organization.

“I am honored to have this opportunity to join the outstanding team at CPB,” Dr. Wilkins said. “I have been so fortunate to work with talented people during my time in the public education sector and military. Now I look forward to using the knowledge and experience in organizational management to help CPB maintain a great workplace for the success of our employees in our public broadcasting mission.”

Prior to his work in education, Dr. Wilkins served on the Pentagon staff and commanded at the company, battalion, and brigade levels, leading soldiers, civilians, and contractors to mission success. He also served on the faculty at West Point as an assistant professor of political science. He speaks fluent Spanish and has worked in Mexico, Central America, South America, the Caribbean, and Canada.

About CPB
The Corporation for Public Broadcasting, a private, nonprofit corporation created by Congress in 1967, is the steward of the federal government’s investment in public broadcasting. It helps support the operations of more than 1,500 locally managed and operated public television and radio stations nationwide. CPB is also the largest single source of funding for research, technology and program development for public radio, television, and related online services. For more information, visit cpb.org, follow us on Twitter @CPBmedia, Facebook and LinkedIn and subscribe for email updates.